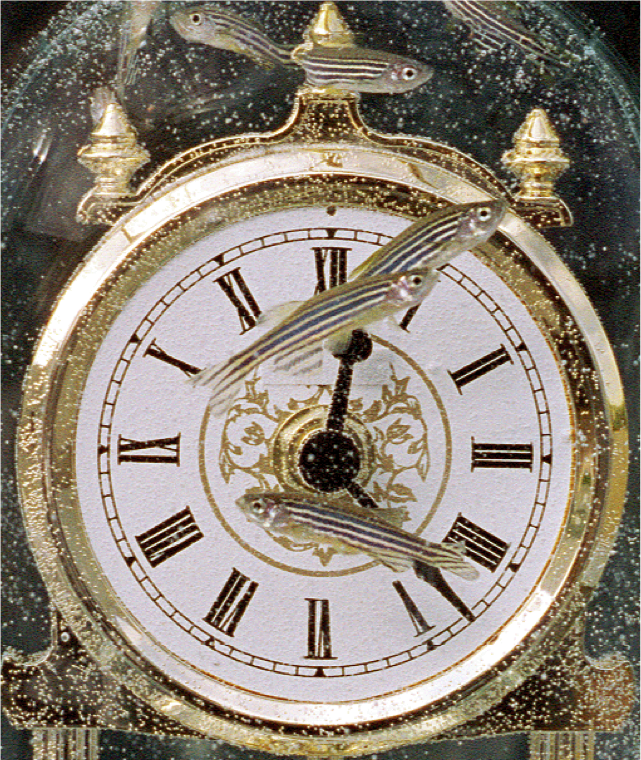 For more information about our work, visit our web site at https://fishclocks.org

The past few decades have seen a considerable advance in our understanding of the mechanisms and regulation of biological timing systems such as the circadian clock.  However, comparatively little is known about the plasticity of these systems and how evolution has shaped their current form. Knowledge of these fundamental processes is essential for gaining a complete understanding of the dynamic properties of biological systems. Our laboratory aims to address this issue by comparing the regulation and function of the circadian clock in a wide range of animal models occupying diverse environments.

We study animal models, notably fish species, that have evolved in diverse environments and that consequently show fundamental differences in the regulation and function of their circadian timing systems. In particular, we focus on geneticaly accessible model species such as the zebrafish as well as fish that occupy extreme habitats such as blind cavefish. We study and compare the mechanisms which regulate their circadian clocks in response to sunlight and feeding as well as how their clocks control the timing of DNA repair and the cell cycle.